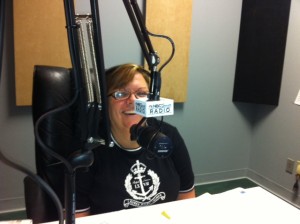 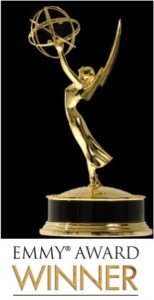 Let the inside story on what it really takes to powerfully share your message… and get heard! In Kate’s power packed presentations you’ll be amazed, empowered and entertained as you discover the secrets that enabled Kate to become America’s number one female sports commentator, talk show host, author, speaker and leader in the world of sports broadcasting.

Experience the drama and excitement as you hear the astounding story of how after 5 years and 550 rejections Kate broke into the male world of sports and won the acclaim and attention of audiences nation-wide!

In her high energy dynamic presentations audiences get practical techniques, tools and principals that move them beyond their existing thinking and expectations to eliminate the blocks and reach new dimensions of possibility. 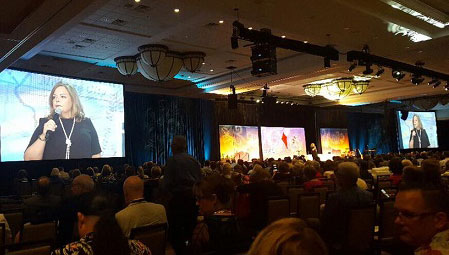 Today Kate is a top business and motivational speaker whose unique background, common sense straight forward approach opens the hearts and minds of her audiences and challenges them to get into action.

Four former Presidents and Lebron James are just a few of the 16,000 people in her twenty-years in radio and television that Kate Delaney has interviewed. Kate has broadcast from places all over the United States and the world and is one of the first women to ever host a solo Sports Radio Talk Show in a Top 10 market – WFAN in New York City and KRLD in Dallas, Texas.

She empowers organizations and individuals to achieve bold high level and dramatic results with the strategies and secrets she discovered through broadcasting for Super Bowls, MLB All Star Games, U.S. Opens to the New Hampshire Primary in 2012 along with the Republican and Democratic conventions , earning an Emmy for a Series on the Aids Crisis and leading The Golden Broadcasters radio network as its Chief Operating Officer.Kate has transformed leading edge organizations nationwide including Las Vegas Thunder, Golden State Warriors, Boys & Girls Clubs of America, Radio Shack, McDonald’s, Southern Methodist University and organizations who want to get heard ,stand out and attain rapid breakthroughs and new heights in eloquence, influence and impact.

If you want to inspire excellence in yourself and others, align members of your organization with their highest intentions, generate new paradigms and a compelling vision which will get you focused and on track to powerfully reshape the world in which you work and live- get Kate!
View Kate’s Recent Appearances